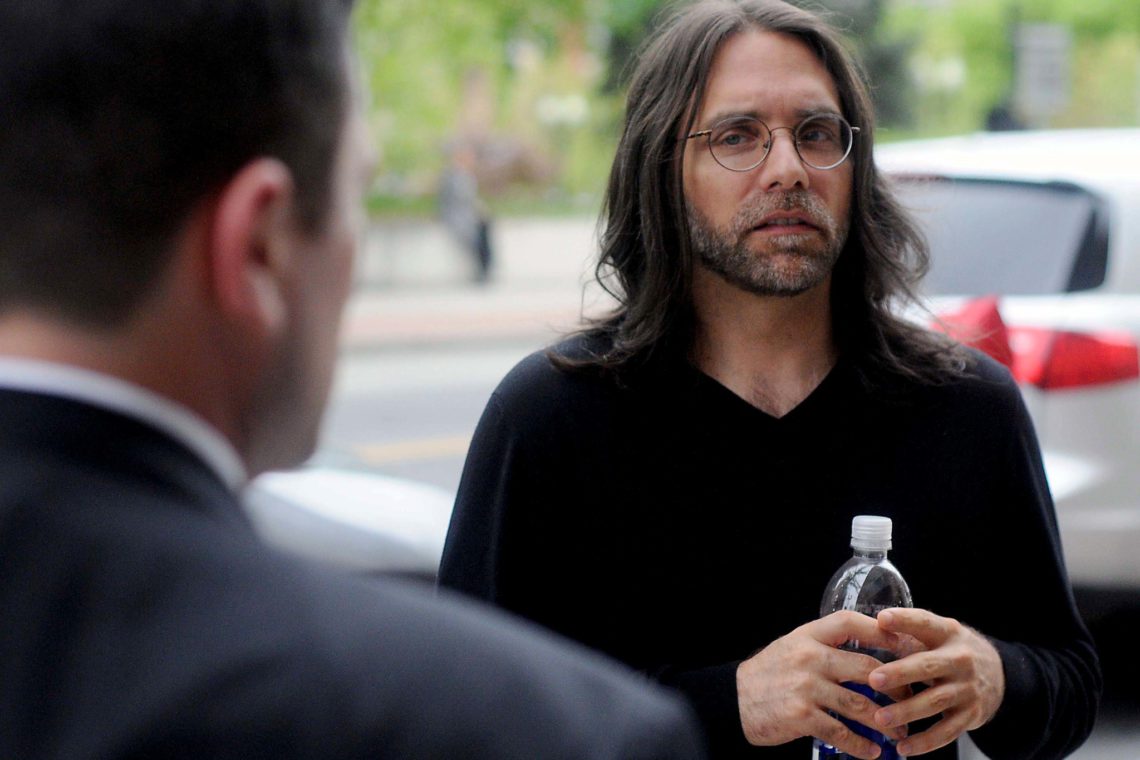 Before we judge and ridicule anyone who’s ever been a member of a cult or sect, we should be aware of the most fundamental truth that governs our modern day lives. Let’s face it, we live in an age where influencers are born every minute, and consumerism is propagated by business manipulators in ways that we’ll never know. All of our choices are shaped by those who influence us subliminally in every aspect of our lives through social media, physical and digital advertisements, arts and media in general.

The name NXIVM came to my attention last year through my work. At the time, I was still translating documentaries and reality TV episodes mostly from from the States, and the name Keith Raniere had been completely and may I say, blissfully unknown to me. After I became aware of the NXIVM scandal and Raniere’s arrest, I also discovered an article in Hungarian that dealt in length with the whole issue, providing the history of the organization and the events that led to the arrest and arraignment of its leaders.

The reason I’m so fascinated by the NXIVM scandal is that at the age of eighteen my path crossed with an English language school where I was applying for a teacher’s position, and after a few preliminary “courses” that I needed to complete, something felt rather fishy. I was naive and gullible, yes, but the thought of constant mandatory studies, built on modules that led higher and higher in an internal hierarchy, somehow didn’t feel right to me. There was the promise of bright things to come, knowledge to be attained, levels of wisdom and clarity reached – in the future. It was like a religion, and considering that I had just broken ties with Jehovah’s Witnesses, my radar was very sensitive to the whole process of whatever you wanna call it – brainwashing, mind control, etc., which involved diligence and discipline and implied the compulsory restrictions of “thou shalt not” do whatever. So there I was in a class led by this very charismatic, attractive man with ginger hair and beard (a weak spot of mine, to this day) and trying to focus on the learning modules, all the while feeling my hormones raging and fantasizing random idyllic scenarios involving me and him. (I’ve been a writer at heart since 12 so I’m pretty sure those stories I made up eventually made it into some of the ones I actually wrote later.) All the while, I *knew* that something was off. Word had been spreading about Scientology even in Hungary, in fact, they had a shop right next to the language school with the word Dianetics written in huge letters in the shop window. Not sure how I connected the dots and realized that the two are relevant to each other, because like I said, I was pretty green and inexperienced against manipulators, but at some point either I or my parents realized it was time to get me out of the course – by that time, I had even signed a sort of pledge to complete the course and later move forward with the studies – and they accompanied me and told the leaders of the Lighthouse Language School (no longer active) that I do not wish to benefit from their teaching curriculum any longer. It was a relatively smooth transaction, I guess I had just scratched the very tip of the iceberg so I posed no threat whatsoever. Years later I read more about Scientology and oh dear god. Am I lucky or what?! There are a few books out there written by ex-members, which should be taken as warning by everyone who is even marginally tempted to join.

Having escaped the claws of two organizations like that (however different their scope and aim may be, I believe that the fundamentals are the same), I have been intrigued by similar groups, cults or sects ever since. The psychology of manipulation and the fascinating process through which certain beliefs tend to start out as something positive, then get twisted and perverted by the people in charge is something that sheds a light on the most basic human emotions and weaknesses. Examples like Adolf Hitler, Joseph Stalin, Charles Manson, Ron L. Hubbard come to mind, because history has proven that in some extreme cases, a talented speaker can attract certain types of individuals and form a group of admirers, who are willing to do anything and everything to prove their loyalty to their idol. Keith Raniere is such a gifted speaker. The Vow recently aired its nineth episode and for lovers of behavioral psychology, this HBO documentary is a delightful treat, albeit hard to watch. It showcases the awakening of several top ranking members of NXIVM, who set out to bring down the organization with Raniere at its helm. They each recount their introduction to NXIVM and Rainere and their eventual initiation, which was gradual and because by that time they had been conditioned to accept that Raniere was an actual modern day saviour, unnoticed. I am certain that NXIVM is less harmful than Scientology; what saddens me is that Raniere’s teachings, most of the time, made actual sense and from the point of view of someone who’s read multiple self-help books and attended a number of courses, classes and self-improvement programs, I am confident in saying that the thoughts that Raniere’s put forward over the years have helped many people overcome their fears, limitations and inhibitions, and have actually helped them become more fulfilled in their lives. The borderline between good and evil is really thin and I believe that if Raniere hadn’t plotted out to manipulate people for his own personal gain, he could have gone through life with a very positive balance. The worst part is that he veiled all of this by helping those he manipulated to also benefit personally. Through a process of gaining their trust, he made them think that he knew best and that it was up to him to make things better. He called himself Vanguard and V-week was a week of celebration in honour of his birthday – talk about megalomania – I mean, if nothing else, this should have been suspicious from the start! Emotional abuse, physical abuse, sexual manipulation, racketeering, sex trafficking, the charges are numerous and if Raniere doesn’t get life in prison on October 27, I’ll be both shocked and disappointed.

The Vow is heartfelt and infuriating. It lets the viewers see the personal struggle of the disappponted members who will no doubt be faced with shame, guilt and a general mistrust in humankind until the day they die. The shame of not seing it before; the guilt of introducing unsuspecting people into the organization; the mistrust of every person alive, following the disillusionment they experienced when the person they trusted with their most intimate secrets, the person whom they accepted as their leader, their mentor, turned out to have been leading them by the nose from day one. These are things that will make anyone a realist, if not embittered.

The documentary is set to return with season 2 in 2021.