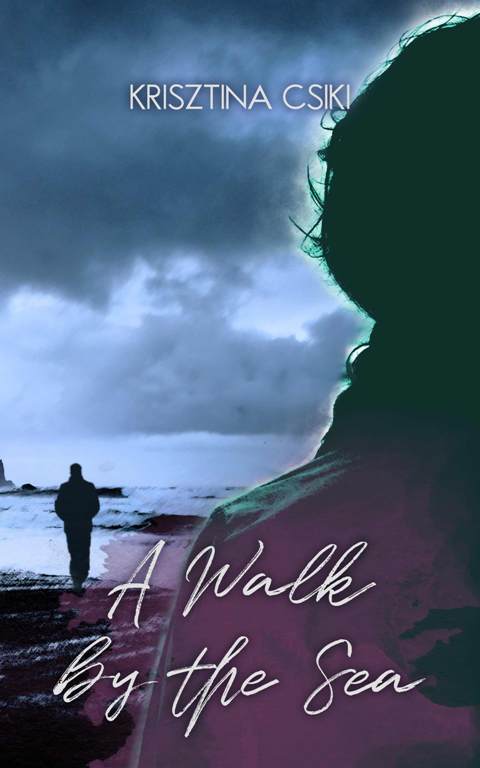 The closest I have come to perfection and pure unadulterated joy was through writing. It is also my futile but very delectable effort to leave something lasting for mankind. At first I wrote to entertain myself; later to entertain others. I’ve dabbled a fair amount in fanfiction, which fueled shame and guilt but today I look back at those years with gratitude, because it was through those stories that I truly discovered my aptitude for writing and my longing for it. Also, I just read a brilliant quote by Joanne Harris, who wrote on her Instagram page in July the following: „If you write, don’t be afraid to call yourself a writer. Professional writers, amateur writers, fanfic writers, part-time writers, published writers, unpublished writers, writers doing it for themselves, all of them have one thing in common. They’re WRITERS”.

I’m not ashamed to admit that „A Walk by the Sea” started out as a fanfiction in the June of 2007, right after I returned from a certain concert at Hampton Court, London. I’d been toying with a vague idea of a story where two people meet in a clinic, an elderly painter and a younger singer. (A not very famous movie also inspired me a little, this one.) For my story, I saw no details or outcome, just a blurry mess of possibilities. I started writing the story and already from the first chapter it felt different. The tempo was slow, the style relaxed but I tried loading it with descriptions to best capture moods, the scenery, the sea, and the inner landscapes of my characters. I was trying hard to perfect my own style and even though I was falling very, very short of my literary heroes (Virginia Woolf, Patrick White, Thomas Hardy), I knew I was getting better at writing. I wrote the story for almost two years and for two years I published the short instalments on a website where people commented. Some of the comments were detailed and meant as positive criticism. I welcomed every ounce of it. I incorporated ideas and wishes into the story. It was a common effort. My dear friend Lory, she held my hand virtually through my most exalted and depressed moments writing this: we discussed chapters, I showed her paragraphs, I asked her opinion on numerous things. She was there for me and the story all the way, she loved the characters as dearly as I did. In fact, I believe that our friendship became so strongly knit together partly thanks to my stories and this story in particular. I showed my true colours through my fiction and she welcomed those colours even when they were ugly. I received priceless comments from other people, too.

After a while, I had to realize two things. One, I was making compromises for the sake of my readers. I was writing things I had not originally planned for my characters. I indulged in erotic passages that appealed to me, of course, as to everyone else who read them, but that deep in my heart did not feel an organic part of the story. I felt I was selling out. The other thing I realized was that the story was taking a hike, going off on its own. It had started living a separate life from me a while before, the characters had become well-rounded and lifelike, and the more time went by, the more profound the story felt, and the more genuine the message. I was understanding things about myself and other people through writing the story. I was hitting on sensitive nerves of people without even knowing what I was writing. Also, details were coming together in a miraculous way, things written years before suddenly were pointing at details that sprung out of my head “out of the blue”, and vica versa. As if I had written many things back when I launched the story without even knowing why I was writing them.

By the time I read an article about unusual real-life romances, one of them being a woman in her late fifties and a man in his early thirties, I knew there was more to the story than I had ever thought. (In the same article two more couples seemed to reiterate and corroborate what I had written in two of my other stories. I cannot be more grateful for such vehement affirmation from life!) A short while later, a Hungarian acquaintance of mine with whom I went to a figure skating event told me about her own affair with a much younger man. When she was relating her doubts and fears, I was hearing Mary’s doubts and fears. (Meriel started out as Mary. I chose the name Meriel because it’s slightly unusual and because it means „sea”.) I could not have known any of what she told me back when I started writing the story. At the time I was much younger in years and even more so in spirit, inexperienced and oftentimes shallow, but my innate desire to put myself in other people’s shoes has always helped me imagine things, and imagine them well. Needless to say that when I heard my character’s thoughts almost mot a mot from the mouth of my acquaintance, I freaked out, and in the best way possible.

Taking all of these factors into consideration, I had to make adjustments in the writing department. I had to say goodbye to my comfort zone: writing publicly, writing so people could comment right away. I also had to decide what to write: by that time I was writing appr. 10 stories simultaneously. (All of those stories but one are unfinished and I dearly, I repeat, I dearly love them all. It is my intent to finish them sooner or later, in one form or another.) It was insane, it was total madness. Some days I’d write several updates to several stories. I think my record is 5 different updates/day. This of course was untenable, I was losing inspiration and energy. It had to stop. So I put most of my stories on hold and they remained on hold with a few random breaks up to now.

And this is how “A Walk by the Sea” became my no. 1 priority in writing. My Most Cherished Project.

I worked on it for a long while after that. After several years I realized I wanted to make a proper novel, a publishable book out of it. So I went back and changed a lot of things, I erased and edited, added and altered. The verb tense, the characters. The names. Mary became Meriel, a telling name. I adore it. I simply adore it! I lost the name Diane and she became Angela, also very telling, I love the switch. Joshua, well, he was Joshua up till two weeks before I self-published on Amazon. It’s always been my favourite name but I had to let it go for legal reasons. My husband helped me edit the whole thing, he struggled through the whole previous draft, which was pretty wordy and flourishy, honestly it was quite bad. He put in long hours and he provided me with priceless comments and ideas, some of them I incorporated into the story, even at the very last minte! I firmly believe that he helped make this book what it is today.

When I found the structure I wanted and the message I wanted to convey, when I started to really flesh out the characters and their internal and external conflicts, the story started to come together. I knew what I wanted to write, the big bulk of it, but the details were born as I went along. It was an adventure like no other, it was psychology, it was emotional, and it made time stop. I sat with my characters and I heard them speak. I lost track of everything else. I wanted to make them happy but most of all, I wished for them to learn their lessons and move on to the next stage of emotional development. I saw their mistakes and I dearly loved them for those mistakes as well as their strengths. I created their past and it’s a frightening responsibility that I also created their future.

It was two years ago that I got to the point of no return. I bought Scrivener and that helped me organize my manuscript better than ever. Gone were the neverending WORD documents, where I needed to scroll back to my previous chapters, read through them, and by the time I was done, I had lost most of my inspiration and energy. Scrivener lets me jump from section to section, mark scenes that go together, give titles to chapters and all of this made writing not only easier, but better for me. After several years of not having added anything to the novel, I took the manuscript and mercilessly cut and culled everything that felt out of place. (A lot of it did.) I wanted genuine characters, genuine interactions, genuine conflicts. I’m not saying it’s perfect now but it’s the best version of what I can currently offer as a writer. Five years from now this would be a different story. That story will be a new one.

This story has taught me through darkness and light that writing is a place of unique joy for me, a quiet corner of my soul where no one enters unless I allow them to. This story made me understand that I write first and foremost for my own pleasure and for years I couldn’t share my joy with anyone else. (I only recently discovered social media as a writer’s tool.) For years, I was „happy in my heartache” but I was alone. At the beginning of July, with a great deal of help from my husband, without whom I could not have navigated through the ins and outs of self-publishing, I finally decided to share My Most Cherished Project with the world and I put „A Walk by the Sea” out there. It was a draining process, most of it felt beyond me, because however much I love the writing process, I am completely lost when it comes to „selling myself”. How can I transform a decade of emotional development, countless hours of joyful creating, of editing, of hard work, of friendships made (and some of them, lost), into a product? How can I put a price on something as momentous? And yet, I had to. And I also had to realize that for most people, My Most Cherished Project is just a book, one of many. A book they spend a few hours with, a book they like or they don’t, and then they move on. A few of my friends know what this book means to me, but not even they can really grasp the importance of it to me. But that’s okay. I am getting overall wonderful reviews, the few people who read it, mostly loved it. I am grateful. I will continue to try and make it accessible to people, I will continue to talk about it, but I now need to let go of its hands and let it make its first steps, like I would with a toddler. My best friend reminded me of this when I had lost my patience and motivation after weeks of promoting without any feedback or success: this story took many years to be born and it might take time before it can start walking, let alone running. As I am ready to embark on my next project (novel no. 2), I know that whatever the future brings for me as a writer, I will always consider this to be my favourite story. 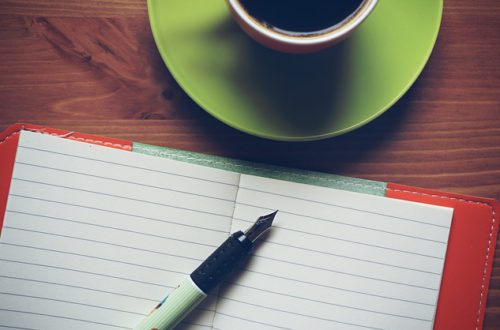 On the hardships of writing 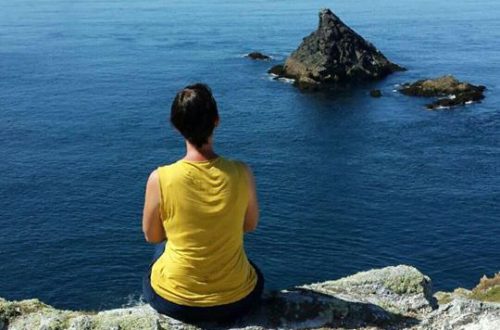 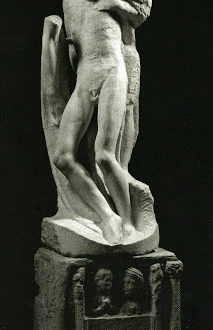